* For a Schedule of upcoming Services, go to our online Signup at:

CHRIST IS RISEN! GLORIFY HIM!

Notes for Holy Week:
Many people are experiencing stress at this time. Spring is, as we say, bursting loose, and there begins to be a lot of activity, and plans for the future. All of this occurs even while we are in the midst of Holy Week and Pascha. So we must direct our efforts to walk simply and humbly, patiently, and endure perceived, and perhaps real tribulations in the spirit of meekness, patience, and love. In this way we will be comforted by our Lord as we walk with him through Holy Week.

In order to accommodate as many people as possible for Pascha, we have some creative ideas:

To attend a Service, use this link to signup:

Thank you, and welcome to St. John

When purchasing your Orthodox books, Icons, etc., please consider doing so through our Church Bookstore. In so doing, you help to support the church.

In order to ensure the ongoing continuation of Services and Sacraments at St. John, it is necessary to have financial contributions from visitors and Parishioners at St  John.

For budgeting purposes, we ask that all Parishioners (Catechumens and Members) make a commitment of financial support to the Church. You may do so via email with an intended weekly/monthly Pledge amount to: stjohnnashville@gmail.com.  There are also paper forms available in the Church Narthex.

*Parishioners, please do not use PayPal or Venmo for your financial contributions.  St. John's will receive less than the amount you contribute due to fees. Online payment options are intended for distance contributions only. For better bookeeping purposes, checks are the prefered method of payment.

Archiepiscopal Encyclical on the Feast of Great and Holy Pascha

How far we have come since Easter of last year! Those were dark days, when our passing of the light of the Resurrection had to be virtual, even if no less heartfelt. But as we all know, it is always darkest before the dawn.

Homily for the Third Bridegroom Service

Homily for the Second Bridegroom Service

We are now in the midst of our most precious season, and the hymns of the Church alert us as to what is happening in this last week of the Lord’s earthly ministry. Day by day, we will follow the Lord on His Way to the Cross.

Homily for the First Bridegroom Service

Now we have arrived at the somber services of Holy Week, so that we may greet the Lord, Who is Coming to His voluntary Passion. 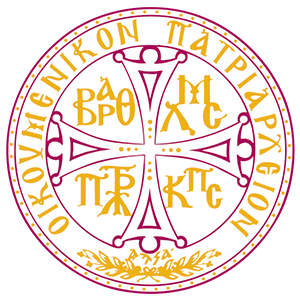 Having completed the soul-profiting Lent and venerated the Lord’s Passion and Cross, behold today we are rendered participants of His glorious Resurrection, radiant through the feast and crying out with ineffable joy the world-saving announcement: “Christ is Risen!”

Mary Magdalene, and the other women who were present at the burial of our Saviour on Friday evening, returned from Golgotha to the city and prepared fragrant spices and myrrh, so that they might anoint the body of Jesus. On the morrow, because of the law which forbids work on the day of the Sabbath, they rested for the whole day. But at early dawn on the Sunday that followed, almost thirty-six hours since the death of the Life-giving Redeemer, they came to the sepulchre with the spices to anoint His body. While they were considering the difficulty of rolling away the stone from the door of the sepulchre, there was a fearful earthquake; and an Angel, whose countenance shone like lightning and whose garment was white as snow, rolled away the stone and sat upon it. The guards that were there became as dead from fear and took to flight. The women, however, went into the sepulchre, but did not find the Lord's body. Instead, they saw two other Angels in the form of youths clothed in white, who told them that the Saviour was risen, and they sent forth the women, who ran to proclaim to the disciples these gladsome tidings. Then Peter and John arrived, having learned from Mary Magdalene what had come to pass, and when they entered the tomb, they found only the winding sheets. Therefore, they returned again to the city with joy, as heralds now of the supernatural Resurrection of Christ, Who in truth was seen alive by the disciples on this day on five occasions.

Our Lord, then, was crucified, died, and was buried on Friday, before the setting of the sun, which was the first of His "three days" in the grave; observing the mystical Sabbath, that "seventh day" in which it is said that the Lord "rested from all His works" (Gen. 2:2-3), He passed all of Saturday in the grave; and He arose "while it was yet dark, very early in the morning" on Sunday, the third day, which, according to the Hebrew reckoning, began after sunset on Saturday.

As we celebrate today this joyous Resurrection, we greet and embrace one another in Christ, thereby demonstrating our Saviour's victory over death and corruption, and the destruction of our ancient enmity with God, and His reconciliation toward us, and our inheritance of life everlasting. The feast itself is called Pascha, which is derived from the Hebrew word which means "passover"; because Christ, Who suffered and arose, has made us to pass over from the curse of Adam and slavery to the devil and death unto our primal freedom and blessedness. In addition, this day of this particular week, which is the first of all the rest, is dedicated to the honour of the Lord; in honour and remembrance of the Resurrection, the Apostles transferred to this day the rest from labour that was formerly assigned to the Sabbath of the ancient Law.

All foods allowed during Renewal Week. 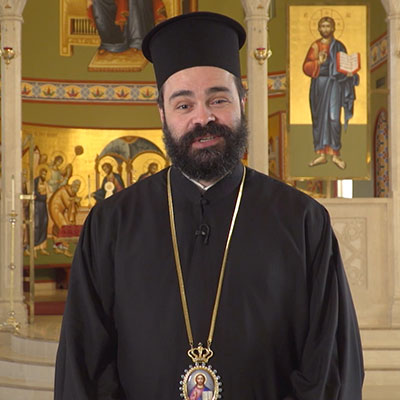 “As many of you know, I had an unexpected visit to the hospital last week. Yesterday, by God’s Grace and with the help of a team of tireless physicians and medical workers, I was discharged. I am currently following doctor’s rest orders and I plan to steadily resume my day-to-day responsibilities.

What this Episode is About: Pascha is the start of a new liturgical year in the Church, with new readings from the Acts of the Apostles and the Gospel according to John. It also shows us what it means to be made new in Christ: to find new (and true) life in connection with our Lord. The Gospel and Epistle readings present St John the Forerunner and the first Christians as beautiful examples of what this new life looks like. 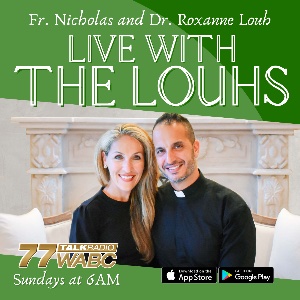 On this week's episode of "Live with the Louhs," a radio ministry of the Greek Orthodox Archdiocese of America, hosts Fr. Nicholas and his wife, Dr. Roxanne, a Clinical Psychologist, discuss your questions on a special show called, "Ask The Louhs."

In honor of the 200th year anniversary of Greek independence, the Department of Inter-Orthodox, Ecumenical and Interfaith Relations, will release a video the 25th of each month as part of the “Faith in Freedom” series. This series features the voices of various religious leaders speaking about the meaning of freedom in their faith tradition.

On Thursday, April 22, 2021, His Eminence Archbishop Elpidophoros of America convened virtually the regularly scheduled Spring meeting of the Executive Committee of the Archdiocesan Committee.

His Eminence Archbishop Elpidophoros of America has formed the Advisory Committee on the Charter whose purpose is to solicit feedback and ideas from across the Archdiocese as to the future of the Archdiocese as a whole body of our Church in America. 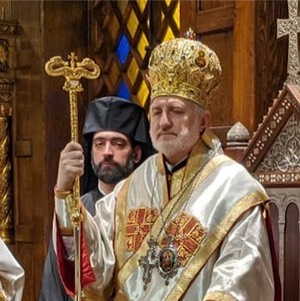 The Archdiocese of America's Department of Greek Education Announces Collaboration with “Ellinopoula.com”

As part of its campaign to support Greek schools, the Greek Orthodox Archdiocese of America's Department of Greek Education is pleased to announce its collaboration with Ellinopoula.com, the award-winning Greek language e-learning platform. 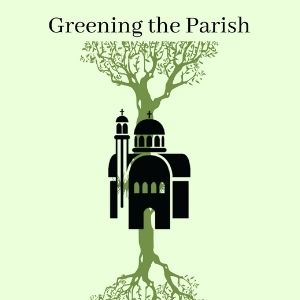 To observe the global celebration of Earth Day, which was first held in 1970, the Department of Inter-Orthodox, Ecumenical, and Interfaith Relations welcomes its newest addition to the Greening the Parish initiative: The How-to Video Series. Beginning on Earth Day, the Department will be releasing weekly new videos featuring ideas and ways to introduce creation care and sustainability in your parish and home. 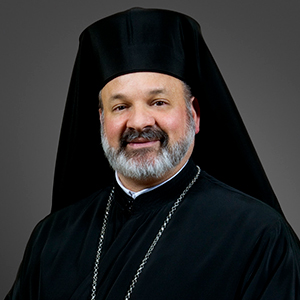 With the blessings of His Eminence Archbishop Elpidophoros of America, His Grace Bishop Demetrios of Mokissos, Hierarchal Proistamenos of the St. Photios National Shrine, will be visiting parishes of the Direct Archdiocesan District and the Metropolis of New Jersey during Holy Week.

Spanish Language Translations of “Be the Bee” Episodes

New York, NY – The Department of Youth and Young Adult Ministries of the Greek Orthodox Archdiocese of America (Y2AM) and the Archdiocese’s new Spanish Ministry Initiative (Ortodoxia en Español) are excited to announce a new collaboration offering Spanish-language translations of “Be the Bee” episodes.

Fr Alex Goussetis speaks with Fr Leonard Herrem, a marriage & family therapist and parish priest, on the challenges and opportunities presented by Covid on relationships.

The Saturday of Lazarus and Palm Sunday are a sort of bridge between Great Lent and Holy Week. These days also live in the tension between joy and betrayal. People are welcoming Jesus as the Messiah while others are preparing to put Him to death. So who actually welcomed Jesus when He entered Jerusalem?